For years Travellers have been in and out of the penal system here in Ireland and this project aims to involve and give Travellers awareness of the opportunities and education that is available to them within the prison system.

0.5% of the Irish population are Travellers in Ireland and of that amount Travellers account for 33% of the prison population. So in other words there are a large number of Travellers in prison at the moment.

Time spent in prison should be used in a more positive manner rather than wasted away and people being forgotten about. This project aims to give prisoners the opportunities to avail of education and training which is available to them while serving a prison sentence, which in turn will help the person to become a valued member of society once they get out. The majority of Travellers in jail have low self-esteem and confidence issues and they see their Traveller identity as a negative and sometimes their identity can be seen as a cause to the situation they are in. This results from the negative view from society in general on Travellers. 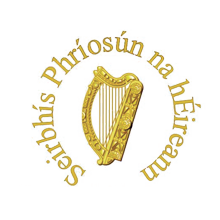 Part of the Prison Links Project is to re-install a positive self image in Travellers so it counter-acts the inferiority complex that some Travellers have. It also aims to try and keep in touch with Travellers and to help them make a better readjustment back into society once their sentence is completed and in turn hopefully lowering the risk of a person re -offending and ending up lost in the penal system again!

Meath Travellers Workshops and the Prison System are working together to identify ways in which prisoners can be facilitated into becoming interactive and valued members of society!